From the monthly archives: "February 2014"

By admin On February 14, 2014 · Add Comment
I still can’t believe the wide eyed expression I get when the first project item I talk with to prospective clients is about money. “What is your budget?” Is the first question I tend to ask after all the introductory small talk. That number one important business question elicits the same expression as if you asked the person sitting across from you in the conference [...] 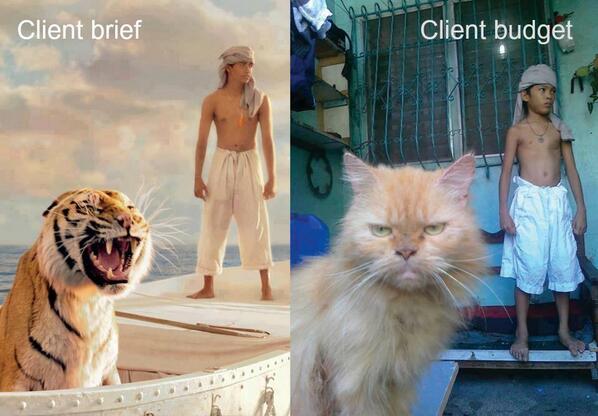 I still can’t believe the wide eyed expression I get when the first project item I talk with to prospective clients is about money. “What is your budget?” Is the first question I tend to ask after all the introductory small talk.

That number one important business question elicits the same expression as if you asked the person sitting across from you in the conference room, “Was that you who farted?” The response: dead silence, avoidance, uncomfortable banter unrelated to a dollar figure. You watch a person dance around the question, as if trying to move away from the rotten-egg smell, but the smell is obviously out there and needs to be addressed. I characterize it as “money talk discomfort.” Money talk verbally constipates people for various reasons.

If a car sales man asks what is your budget, most wise people would bat a low-balled figure back for fear of the car salesman taking advantage of a sales situation in the favor of the salesman. In this situation, people feel like a fool for being honest about how much money they have to put towards their purchase.

1. Tell various producers what your vision is and how close they can come to your vision based on your budget.

2. Creativity/Quality –  A good producer will be able to be very creative to get as close to your vision as possible by finding ways to save you money, cut corners, and be flexible, but still give you a quality product.

5. Written Contracts- Once you approve of the budget and bidders, a good contract is necessary. A tight contract will ensure your expectations are met. And, if they aren’t being met, you’ll have a legal leg to stand on if you need to pursue legal action.

6. Regular Monitoring- Meet with the producer regularly to reconcile the budget with the production schedule and current expenses. Have a checks an balances in place such that expense approvals must be made prior to the expense being made as opposed to after. Limit the amount of people who can approve expenses and make sure the consequences of spending money without approvals are well-publicized throughout all departments.

Realistically speaking, a movie studio that regularly produced movies, probably does have “buddies” that it works with, only they are referred to as “partners.” Usually, their are contracts already in place indicating what the studio is willing to pay for certain services. While those contracts are at low rates, the producer (or studio that hires the various producers) acting as a middle man, may hike up the proposal rates in order to make a profit. A good rule of thumb, is to get a lot of independent proposals, references, and sample work, and make the decision based on the best value rather than solely based a dollar amount. At least that way, your clients and partners can end their budget discussions on a rosy note.

By admin On February 9, 2014 · Add Comment
A good comedian friend of mine used to make me laugh because he’d greet me by saying “Hey, Jamaican! How you doin’?” I’m not a native of Jamaica. So the funny part is my friend was merely teasing me because he seemed to always think I had so many independent projects in my hustle that I was behaving like [...] 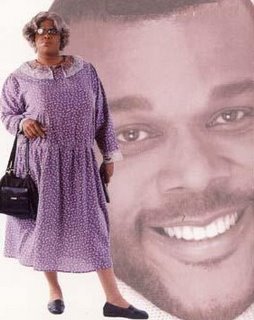 At a networth of $400 million, Tyler Perry, writes, directs, produces, and stars in dual roles in his films taking in the lion’s share in profits. Photo credited to http://witchesbrew.com.

A good comedian friend of mine used to make me laugh because he’d greet me by saying “Hey, Jamaican! How you doin’?” I’m not a native of Jamaica. So the funny part is my friend was merely teasing me because he seemed to always think I had so many independent projects in my hustle that I was behaving like a very hard-working Jamaican immigrant. So, I couldn’t help opening with this anecdote when I considered writing about the benefit of dual roles in low-budget indie films.

Anyone with a couple million dollars in the bank to make a low budget film may feel like they’ve hit the jackpot preparing for a SAG-AFTRA feature. However, even before the cameras get to action, much of the budget is already spent. When trying to figure out different ways to shoot a movie on a shoestring budget, never underestimate the power of dual roles.

Just ask Eddie Murphy and Tyler Perry. They are both known for playing multiple dual roles in a string of movies. Eddie Murphy has played dual roles in Coming to America, Norbit, The Nutty Professor, and Bowfinger to name a few. Tyler Perry has scored big hits playing dual roles in his well-attended Madea movies where he cross dresses as Madea but also plays the character of Madea’s brother, Joe, and Madea’s nephew, Brian. Undoubtedly, their checks stay fat!

John Noble who played a dual role on Fringe reportedly stated he received no extra pay for playing a dual role since he played different versions of the same character. However, many actors opt for lucrative profit-sharing deals over higher salaries during shooting. in 1989, Jack Nicholson reportedly accepted $6 million upfront for his role in Batman rather than his regular A-list $10 million. Reportedly, he also entered into a profit-sharing deal to offset the shabby upfront earnings. Since Batman earned more than $500 million worldwide (adjusting for inflation), Jack Nicholson may have pocketed $50 million for playing a single role. Not so shabby! Dual and multiple roles can be even more lucrative under the right conditions.

By accepting a lower salary during shooting, they can share in a film’s total earnings which may significantly increase their earnings. Profit sharing contracts are usually engaged in by principle actors and key crew. So, actors that are playing a dual role, can definitely share in more of the profits than an actor playing a single role. The more money a producer saves on the budget, the more profitable the movie will be in the long run. When the net earnings are tallied, there will be more profit to pass around and an actor playing dual role or multiple rules will get dealt profits more than once from the same pot.

Coincidentally, as I was inspired to write this post when I came across a blog of a young Asian girl who has been able to use make-up techniques to transform herself into at least 13 different characters as of the date of this post. This girl beat her face so talentedly, in some of the photos, she doesn’t even look Asian. Not convinced? Check it out for yourself here. Assuming anyone who can transform themselves so in such a believable manner, and possesses mad acting skills, there is a definite possibility to make a more profitable movie and keep everyone happy at the same time.